The old town Florida charm and annual BugFest-By-The-Sea during mini-lobster season are two reasons Billy Catoggio, president, founder and co-host of Scuba Nation TV loves Lauderdale-By-The-Sea but what attracts him most?

“We love LBTS because we consider it the shore diving capital of Florida. It really is a very unique place with some of the best reefs that are accessible by the beach anywhere in the state,” said Catoggio.

The show, on the air since 2012, is based out of Miami and airs throughout Florida and in several national markets as well. During their 26-week season from April to October the 30-minute show airs Saturdays at 9 a.m. on Fox Sun Sports which is available on Direct TV and Dish Network. Sharing screen time with Billy is his co-host Mitch Horne.

Billy is a natural for the hosting job given that he’s been hooked on the underwater world since he was four years old and watching the legendary Jacques Cousteau’s show “Silent World.”

“As a kid growing up in Boston, I watched his show every Saturday morning and that inspired me and made me want to be an underwater explorer. That’s why I moved to Florida to study marine biology at FloridaState University,” Catoggio said.

Mitch is a Florida native who shares the same passion for scuba diving as Billy so the two make quite a pair.

Scuba Nation is filmed throughout Florida and in the Caribbean and they’ve even been diving up north but their emphasis is certainly on the first two. It’s the only television show dedicated to the sport of recreational scuba diving.

“Our goal is to make it fun, we want you to learn something and we want to educate you by accident. We want you to be entertained first and foremost but also take away important diving information from the show,” he said.

They also strive to inspire people those people who have always been interested in scuba diving to get certified. They consider their show the roadmap to certification given its accessibility. Their hope is that people come away with some knowledge become inspired and passionate water enthusiasts.

Coming back to LBTS to film is something they love, they’ve filmed in the town three times since they went on the air, doing a show here every year “because they’re a real important part of what we do. They are a huge pillar in the scuba diving community,” he said.

The town’s feel is also an attractive quality because “what’s great and unique about LBTS is it kind of retains that old Florida charm. Plus, scuba divers love to eat and drink after they dive and it’s got some great restaurants and watering holes,” Billy said.

They’ve also attended the pier clean-ups and Relay for Life and even filmed a show at a recent pier clean-up.

And aside from being great for beginning divers because of its close proximity to the shoreline, the area’s waters are packed with marine life. The healthy eco-system and ledges are close to the beach and some of the best. They’re great for spotting turtles, snook, tarpon and nurse sharks.

“It’s really a vibrant, vibrant reef; it’s a couple of hundred yards off the beach. And halfway down the pier is when you hit the reef line,” Billy said.

Check out what’s coming up on Scuba Nation by visiting their website at http://www.scubanation.com/.

Stuck inside today while working from home? Visit the beach virtually on your lunch break by watching our beach cams! #lovelbts
bit.ly/LBTSWebcams ... See MoreSee Less

Share on FacebookShare on TwitterShare on Linked InShare by Email

Open
Thinking of your summer plans? Why not visit our q

Thinking of your summer plans? Why not visit our quaint beach town. From the ocean, to the shopping, dining, and more, there's something for everyone here in LBTS. Check it out for yourself on our beach webcams.
http://bit.ly/LBTSWebcams 📸 : @lauderdaleluxuryliving ...

Have you tried one of our restaurants yet? From pizza, to burgers, and more, it's all here. We're happy to welcome you back to our beach town. Check out all your options and score some deals at
https://bit.ly/DiscoverLBTSRestaurants 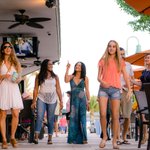 Town of LBTS Beaches Are Open

Our Local Retail Businesses Are Open