Ride around town for free on the Pelican Hopper, a convenient way to get where you’re going

Ditch the car and let someone else do the driving for a day. Just hop aboard the Lauderdale-By-the-Sea Pelican Hopper, a free and convenient way to get to a multitude of desired destinations around town.

The shuttle is wheelchair accessible in accordance with the Americans with Disabilities Act and comes equipped with a bike rack.

The complete 45-minute Pelican Hopper route begins at the Publix Supermarket at the Village Shopping Center in Sea Ranch Lakes. From Publix it heads down to Galt Ocean Mile then heads north to Terra Mar Island, the last stop before returning to Publix.

Throughout the route, the Hopper stops at both its designated stops as well as Broward County Bus stops where passengers may be waiting to transfer on to the shuttle. It also connects to the Fort Lauderdale Sun Trolley at three locations on Galt Ocean Mile and travels to Sunrise Boulevard and Galleria Mall.

Operating from 9 a.m. to 5:25 p.m. Monday through Thursday, the Hopper has three convenient locations connecting to the Fort Lauderdale Galt/North Beach Community Bus. Friday through Sunday the Hopper operates until 10 p.m.

The Hopper is operated by Limousines of South Florida and David Fernandez who oversees the company’s Pompano office is the driver for the LBTS route, one of the ones he says is the busiest they operate.

“It is obviously a staple to the community as it is a route that has one of the highest passenger riderships that I supervise,” Fernandez said. “And for New Year’s Eve, we run until 2 a.m. and no other route I have runs that late.”

So think first before you pick up those car keys and consider the Pelican Hopper for a day of free, comfortable transportation around LBTS! 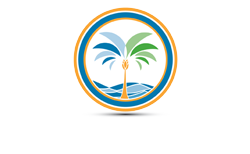