The dynamic duo of John Boutin and Rich Barnhart have made such strides in their efforts to revolutionize the Relay for Life in Lauderdale-By-The-Sea that they were rewarded for it and have dramatically increased funds raised in the last few years.

Realizing that just the traditional round-the-clock walking which is the usual Relay for Life event wasn’t attracting many residents, they devised a few different options for completing the relay. Ones that were better suited to the waterfront community.

Rich, from By the Sea Realty got involved three years ago because his friend John Boutin, general manager of Windjammer Resort and Beach Club, invited him to get involved. Both have personal stories of family members who have battled cancer and are on the planning committee for the event. They begin meeting six or seven months prior to the event.

“It’s a small group and this is a small town and there are relays around us, much bigger municipalities with larger numbers. Our challenge is getting a small community to participate in the event,” said Barnhart.

It’s an enjoyable event for all involved, including the team from By the Sea Realty who walk from El Prado Park to El Mar Drive to the Pavilion and back to the beginning. And although the traditional relay is a walking relay Rich, an avid scuba diver reached out to Gold Coast Scuba and they formed a team along with a few other dive groups. They will do an underwater relay starting with a dive right off the beach of El Prado Park,

“The dive goes all the way around to the other side of the pier then we get picked up in golf carts and they take us to the beginning,” said Barnhart.

They’ve also got a kayak group involved, a paddleboard shop owned by one of their committee members who donates his rental sales to the event. They even have a yoga group who kick off the event with a yoga session on the beach. All these efforts won them an award for Most Innovative by the American Cancer Society.

Success wasn’t easy at first though said Boutin from Windjammer who is a former chairperson of the event and was inspired to ensure they raised more funds. They received a letter from American Cancer Society headquarters that the event would be cancelled in the Town if they didn’t raise more money.

“I was mentored by Susan LeClaire who basically saved the event before it went away. I was encouraged by her to get involved even though my plate was pretty full,” Boutin said. “I thought to myself that as an oceanfront community with wealthy people, not raising enough money was wrong.”

He immediately knew they couldn’t do an overnight walk because it excluded families with young children and senior citizens and that lead to the idea of incorporating other types of sports to fundraise. He calls it “The Little Engine that Could.”

In the first year they incorporated these ideas, they went from $7,000 to $45,000 which also garnered an award for biggest increase and it also caused the Society to change their policy nationwide where groups could personalize their events to their community.

“They can bowl, jet ski, anything. I’m tremendously proud of this accomplishment. It means more than anything.that our tiny little relay changed it for everyone,” he said.

Chelsea Wagner, community manager with the American Cancer Society is equally impressed at Lauderdale-By-The-Sea’s efforts noting that in a matter of just two years, they surpassed $100,000 raised. She’s especially proud given that this is her community as well and where she was raised. She was involved in Relay for Life since high school and through college and as a cancer survivor herself decided to choose it as her career.

“They’re continuously trying to think of innovative, outside the box ideas that will work with this community. We’re also incorporating a CrossFit class on the beach, through a friend of mine who is an instructor,” Wagner said.

She feels the event’s growth will continue by attracting every person in the community.

“We’re doing a great job this year and I believe we’re going to exceed our goals and it’s going to be such an honor working with these people,” she said.

Discover Lauderdale By The Sea

Don't forget to follow us on #Facebook and #instagram and tag us in your best beach photos. Your photos could be featured on the Town's feed. #lovelbts
📸 : John Pagliaro ... See MoreSee Less

Share on FacebookShare on TwitterShare on Linked InShare by Email

Grab your flip-flops and stroll through our charming beachfront town to discover why our motto is "Relax...You're Here."

Looking for an outdoor activity for the kids? Try snorkeling right from our beach! Our coral reef is just 100 yards off the coast, along the entire length of the Town. This underwater habitat is home to tropical fish, corals, barrel sponges, sea fans, lobsters, and more. Who knows what kind of marine life you might spot! #LoveLBTS #LoveFL

The beach town getaway you’ve been dreaming about may be closer than you think...

We invite you to spend a few days in LBTS at one of our beachfront hotels and rediscover the charm of our little town. #RediscoverLBTS

Read more on our blog at http://bit.ly/LBTSBeachHotelsBlog. 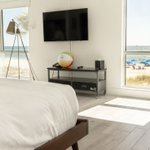