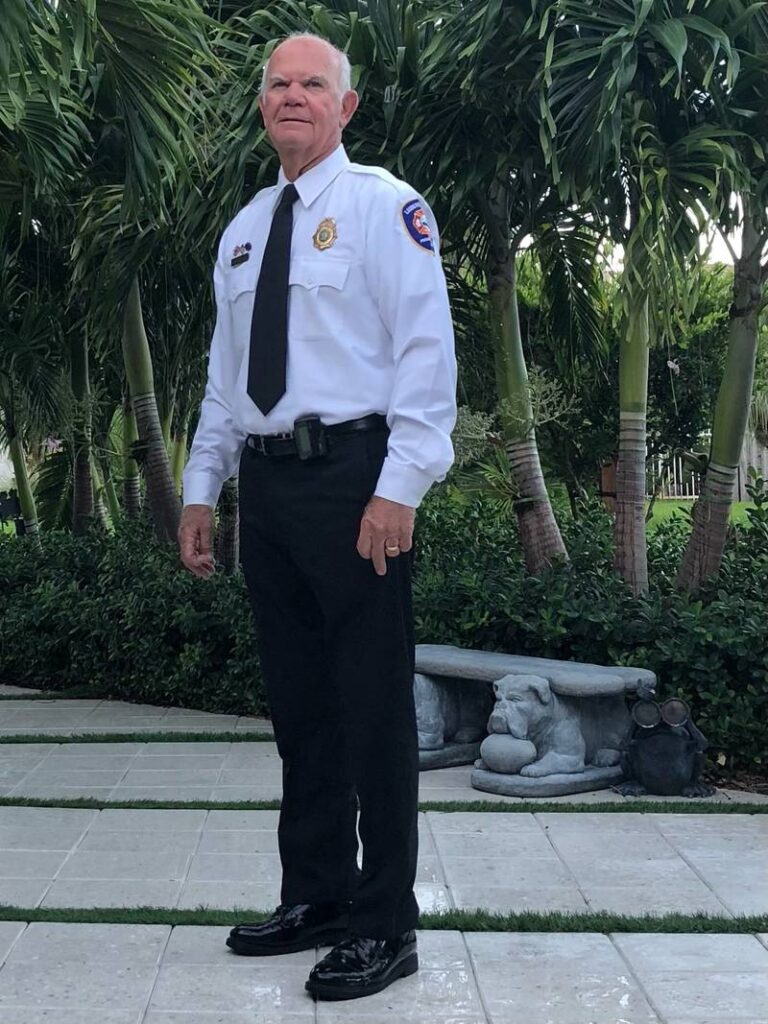 Bob Karley has made his home in Lauderdale-By-The-Sea for 67 years.

The military veteran, former volunteer firefighter and career chef has gone above and beyond to positively represent the community.

Karley will continue to add his list of prestigious achievements after recently learning he was named the grand marshal of the Lauderdale-By-The-Sea Fourth of July Parade.

Leading the parade, Karley will kick off the event, directing fire trucks, law enforcement vehicles, stilt walkers, Lady Liberty and Uncle Sam down a .9-mile route throughout the city.

“My family always gave back to the community,” he said. “My father [William Karley] wrote the original bylaws for the fire department as well as serving as the commissioner and, of course, serving in the fire department for over 20 years. It was quite an honor for me when they choose me for the grand marshal.”

During his military service, Karley, a Marine and Navy veteran, was stationed in San Diego, Japan and on the USS Hornet (CVS-12), where he honorably assisted with the retrieval of Apollo 11 and 12 astronauts.

Following his tenure in the military, he returned to Lauderdale-By-The-Sea, pursuing a career in the culinary field. He served as a chef for 30 years, working in various restaurants and clubs.

Karley said his proudest venture as a chef was owning the Eastport Deli near the Southeast 17th Street Causeway for 13 years.

He also found time to follow in his father’s footsteps and volunteer for the Lauderdale-By-The-Sea Fire Department. He volunteered for 13 years until his retirement in 2021.

Now he enjoys babysitting his 2-year-old grandson with his wife Sharon as well as spending their free time fishing and camping.

Beginning at 10 a.m. July 4, the Lauderdale-By-The-Sea Fourth of July Parade will start at the fire station on Bougainvilla Drive and will continue east on Pine Avenue and then south on El Mar Drive The parade will end at Hibiscus Avenue and El Mar Drive.

Visitors, residents and families are encouraged to line the parade route.

Deciding what to do this evening? Check out what's going on in Ocean Plaza on our live webcams at bit.ly/LBTSWebcams.

The beach life is waiting for you where the ocean meets sand. #lovelbts #discoverlbts #lovefl ...

Our charming town was recently highlighted by @NarcityUSA as one of the best small beach towns to visit in Florida- thanks for the spotlight! So...what are you waiting for? ☀️🏝

You can relax on clear waters without breaking the bank.

4th OF JULY PHOTO GALLERY IS UP!